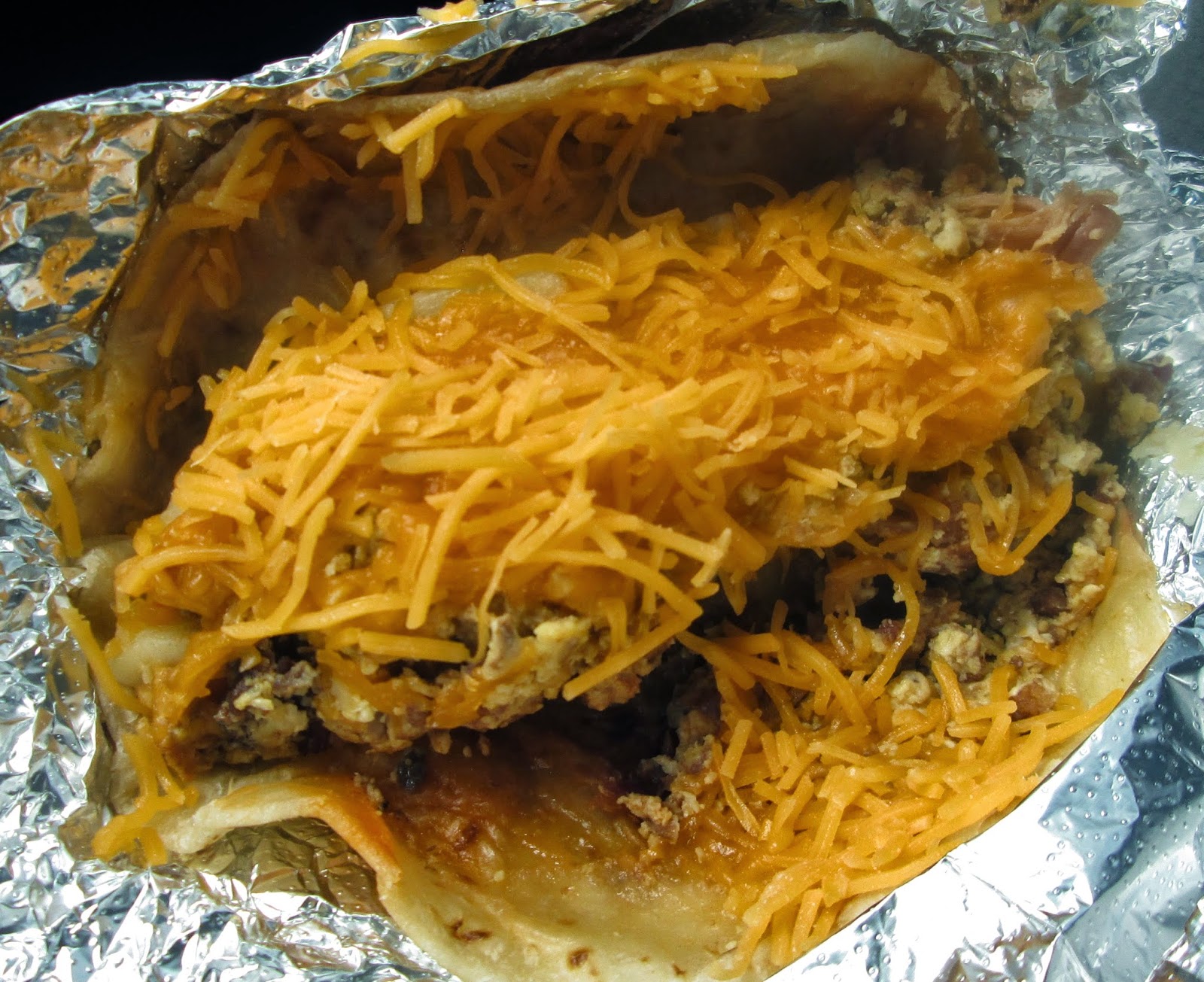 Perhaps inspired by the Bronco Burrito of the Donut Shoppe and La Estacion in Galveston, Taco Loco (all the signage said II or 2) offers the Hippo, a breakfast taco with potatoes, egg, bacon, chorizo and shredded cheddar cheese on a flour tortilla.  The chorizo was very mild and amazingly greaseless - perhaps the grease was all absorbed by the other ingredients - and more like an American breakfast sausage than a Mexican chorizo, leaving the predominant tastes of the bacon and cheddar.  It all held together amazingly well.  Weighing in at almost 9 ounces, the Hippo lives up to its name. Nine ounces is a lot of taco. 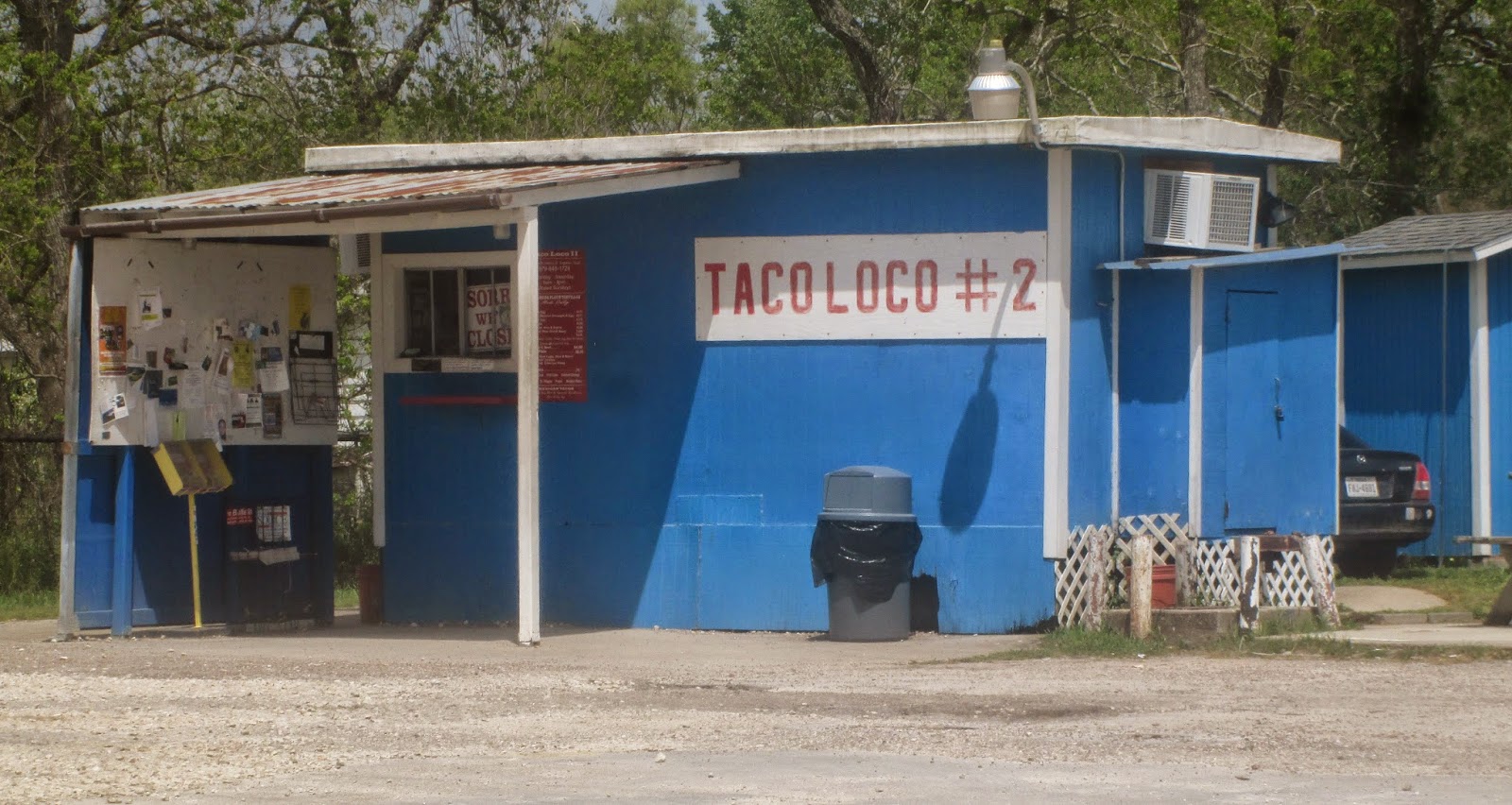 Roadside stand? Check.  There are a couple of weathered picnic tables on a concrete slab just off to the right, sans any shade, the slab itself a remnant of another structure rather than specifically constructed.  Signs tacked to a pole point to a restroom out back.  I didn't check it out but they may have been indicating the structure in the background that resembles an outhouse.

There are other tacos on the menu and some plates but it's the Hippo that is building this place's fame, with nothing but 5 star reviews on Yelp right now.   The taco was $3.50; extra cheese is available for an additional cost but it certainly isn't needed.

Open until 2 pm, six days a week.  The Hippo is available until closing. I neglected to take a snapshot of the menu board.

There are 5 or 6 types of Chorizo in Mexico. I prefer the Northern style. I'm part Italian and chorizo likes garlic.