I wanted to do a tamale run this Christmas and had big plans - Arandas and Dona Tere on Beechnut, La Roca on Bissonet, Tamales a Mano on West Bellfort @ Chimney Rock and maybe Amigos Meat Market on West Bellfort @ Roark where I've had some very good tamales as part of  a platillo.  I already know I love Alamo Tamales but I thought I'd stick to places on the southwest side, closer to home and see what I could find.

On eGullet I read about fast food tamales - I didn't know Wienerschnitzel had tamales @ Christmas time!  Then I found El Pollo Loco had three tamale offerings on their Holiday Specials menu.

And on Next Door I read about a new place in Bellaire called Momma's.  I only made it to El Pollo Loco and Momma's, which only opened about 3 weeks ago. 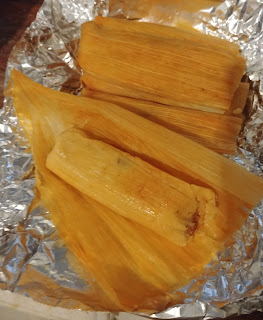 These were the pork; they only have a half dozen varieties ($14 per dozen, $8 per half) and they make a couple of salsas ($4 for 8 oz as I recall).
These were pretty good, a little on the drier-than-I-like-'em side but not too much.
I'll be back to try more, including the Brisket tamales.
I got the Double Loaded Queso Tamale bowl from El Pollo Loco.  I dropped it in the driveway trying to carry too many things into the house in one trip, so no pictures (and the Holiday Specials Menu seems to have been taken down already).  But the tamales were not bad, spicier than I expected.  They only have --- pollo.  Of course.
I probably should be grateful there's not a Wienerschnitzel any where near me.
Momma's Tamales, 5214 Cedar, Bellaire, in the block just west of the Bellaire HEB market.
I went to the El Pollo Loco on Rice, just south of Westpark.  We definitely need more drive-thru tamale stands. 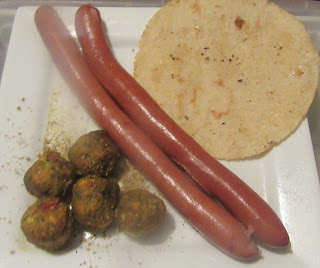 Making do, using up what's in the freezer and refrigerator; still adjusting to having to shop a week-and-a half ahead.  I couldn't decide what sauce - mustard for the wieners but not for the veggies or tortilla?  I spread some butter on the tortilla, a la old style Tex-Mex restaurants, before tortilla chips and salsa made their debut, and dabbed a little on the veggie balls.

Plus some Butter Pecan ice cream.
Posted by Bruce at 10:47 PM No comments:

Labels: From My Kitchen 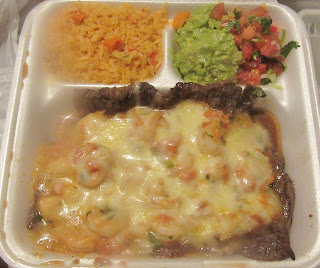 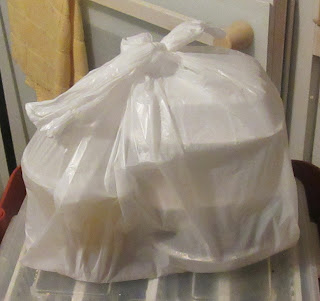 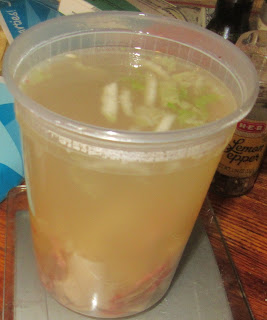 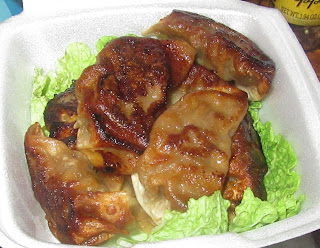 Fried pork dumplings - 8.  A little burned and not crispy from being closed up in the clamshell for the trip home.  Came with a dipping sauce. 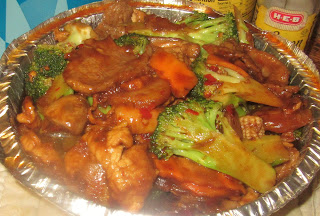 The order also came with at least 3 cups of steamed rice (weighed over a pound),

Enough for at least 3 meals.