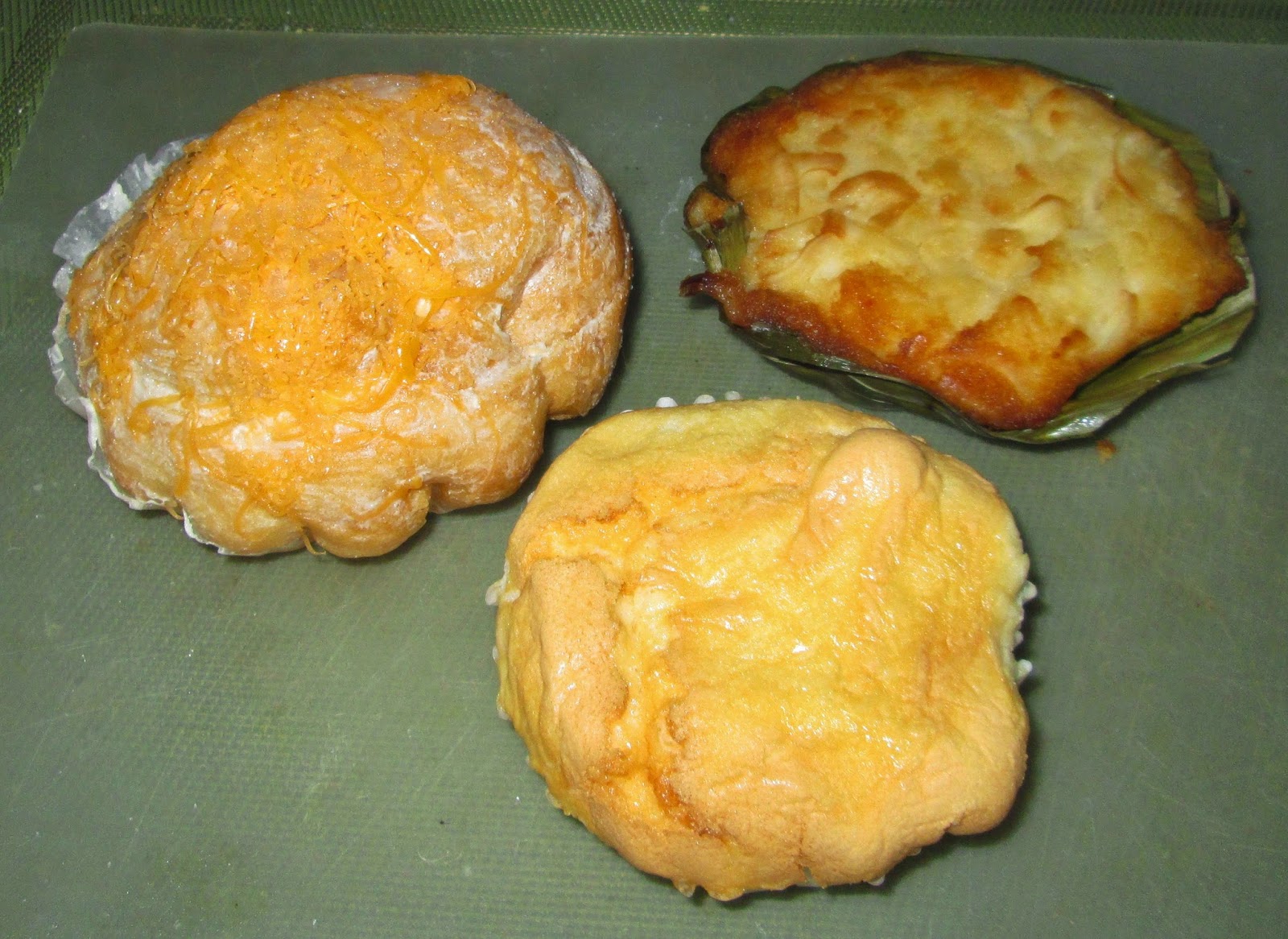 This little Filipino bakery has opened, tucked back behind other businesses at the corner of S. Gessner and Bissonnet.

I picked up, from the left, an ensaymada, bibingka, and mamon. 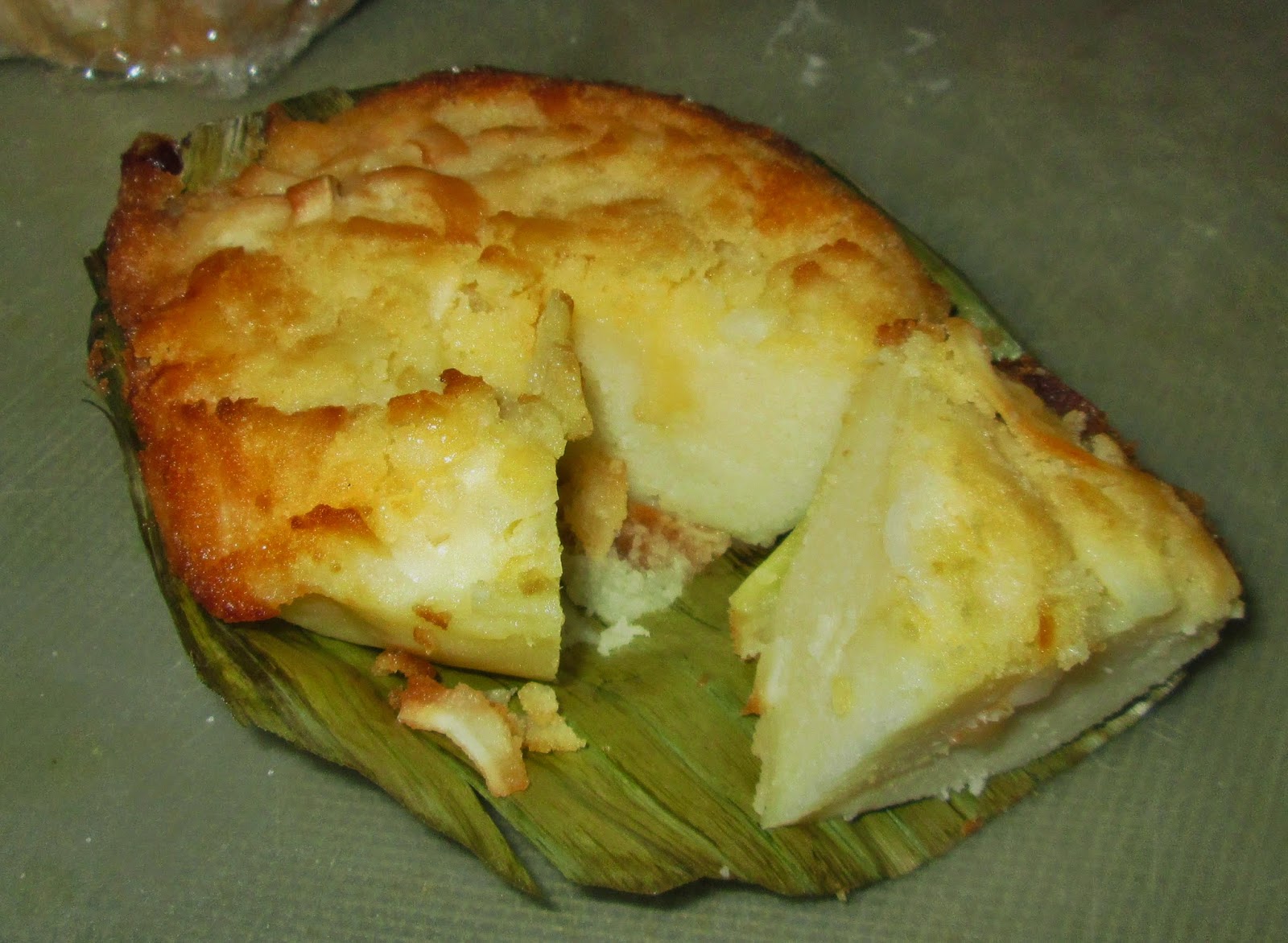 The bibingka is a super-moist, dense rice cake made with coconut milk, a cross in texture with a dense rice pudding and a cake, traditionally baked in a terra cotta pot, wrapped in banana leaves. 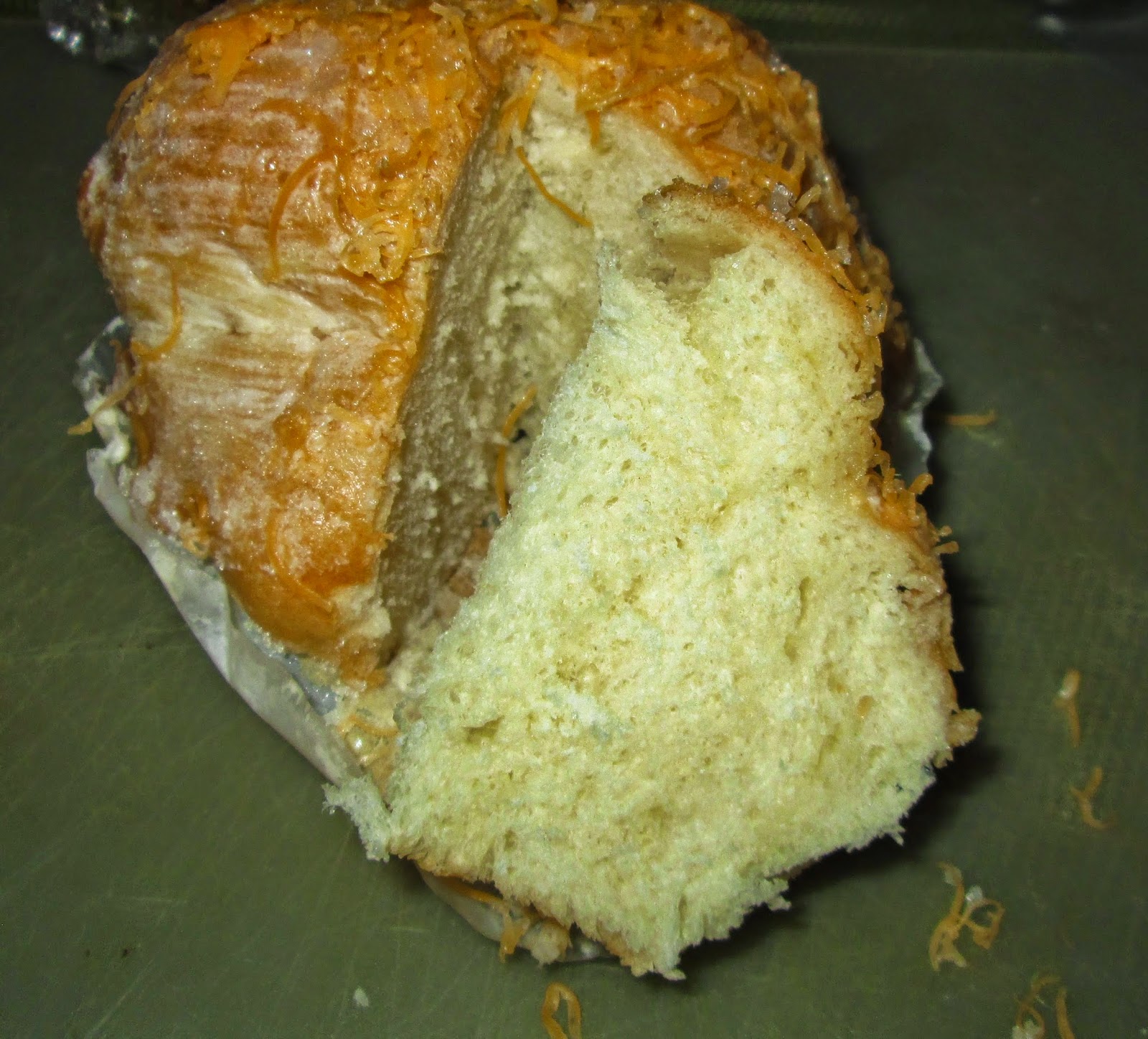 The ensaymada, culinary descendant of the ensaimada of Mallorca, is a bun topped with finely shredded cheese and sugar.  The Mallorcan pastry was made with saim, a type of pork lard, but the Filipino version is made with butter.

The mamon is a sponge cake, a Filipino version of Angel Food cake; the name comes from Spanish slang for breast.

Both the ensaymada and bibingka were about 5" across and the bibingka weighed just over half a pound. 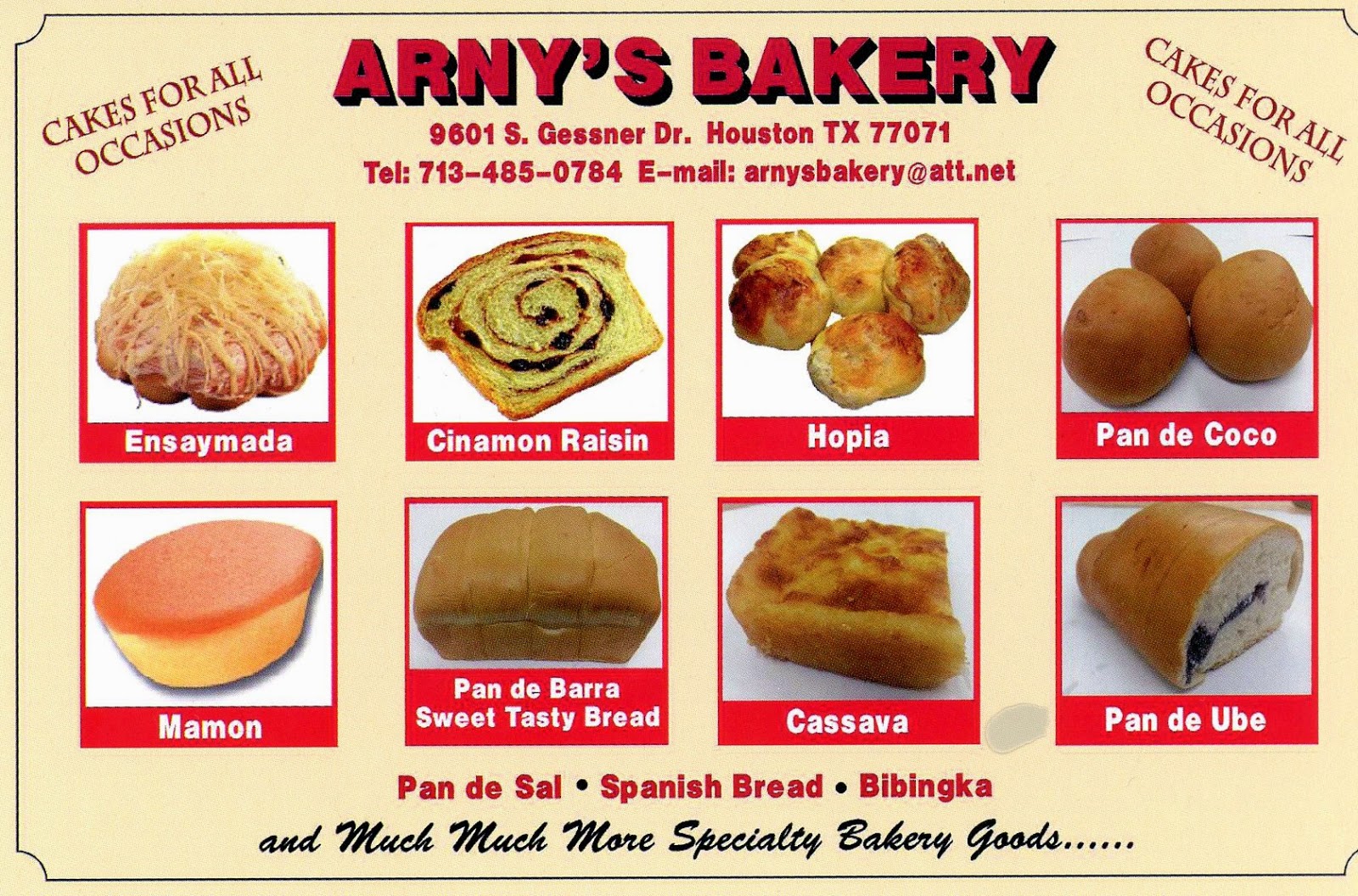 Not all of the items pictured were available the day I visited and there was at least one pastry and one type of bread I saw not pictured. A sign in the window also advertises kolaches which would probably make Arny's the first ever Tex-Czech-Filipino bakery, but there weren't any on display the day I was there. I plan to go back to try the Pan de Ube (purple yam) and Hopia (mung bean paste, I think), which were not available.

There were beverages available from a cooler and a coffee maker on a counter top.

EDIT TO ADD:  I HAVE SEEN BAKED GOODS FROM ARNY'S AT THE HONG KONG MARKET ON BELLAIRE IN THE READY TO EAT DEPARTMENT.
Posted by Bruce at 8:03 PM No comments: