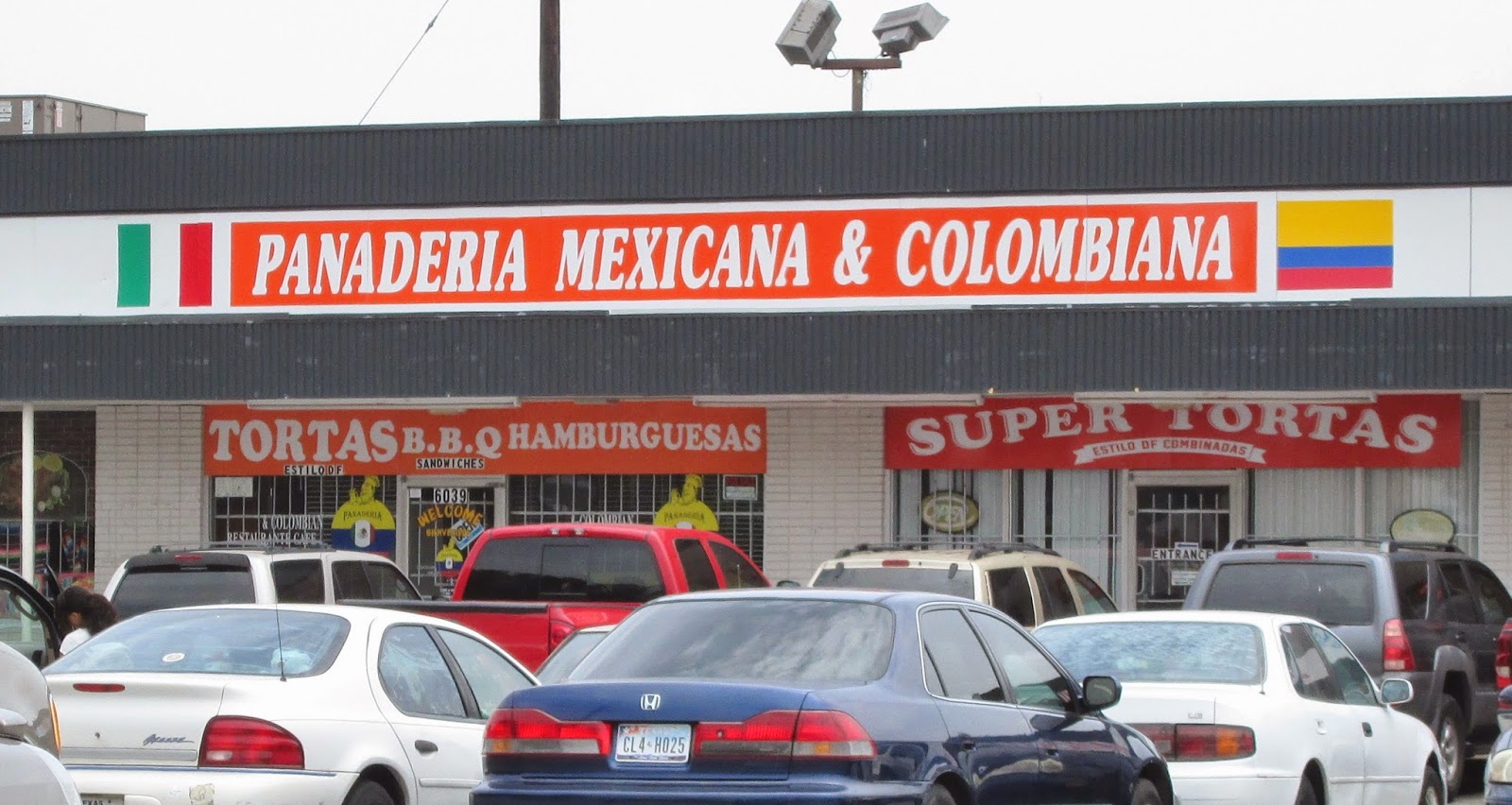 This place was formerly Panaderia Y Pasteleria DF.  Gone is the wall of display cases of Mexican breads and pastries, replaced by a cooler.  There is a small display of Colombian baked goods at the counter, menu boards on the back wall and a menu for sit-down service.  The menu includes both Mexican and Colombian items including tamales but is biased towards Colombian dishes. 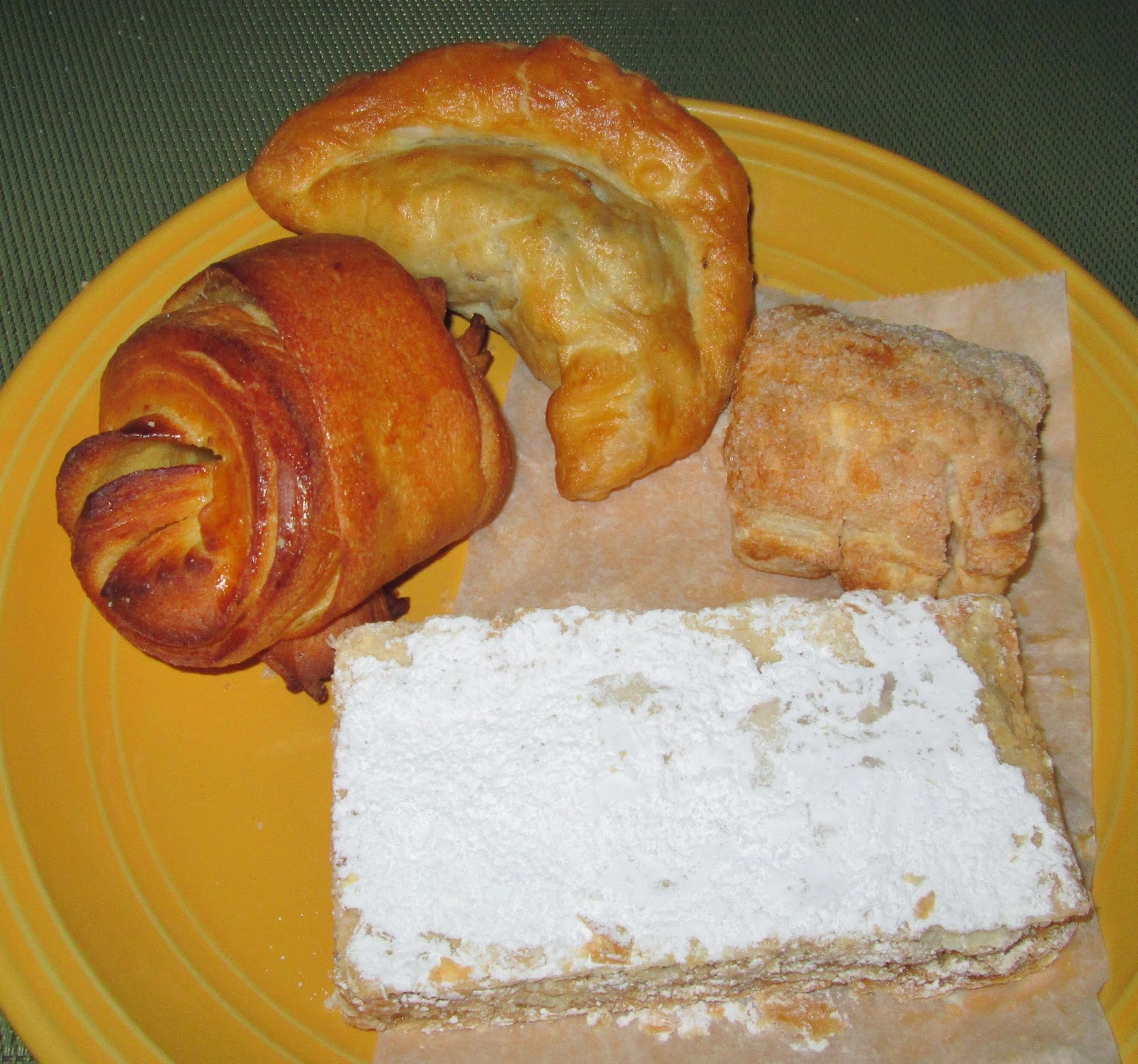 On my first visit I tried, from 11 o'clock, Pan Colombiana, Pastele de Carne, Pastele de Guayaba and Milhojas, 'thousand leaves cake,' a pastry popular throughout much of South America that is sometimes referred to as the South American version of a Napoleon.

The previous operation offered some very good tortas (they're still on the menu) and the best teleras I found on the southwest side.  The real winners here were the pastele de carne and the milhojas.  I went back a few days later to try another Pastele de Carne plus the version with chicken, the only other option.  The beef version is much more interesting but with a flaky, buttery crust like this, I wish there were more fillings to choose from.

The menu includes Bandeja Paisa, arepas and 'Alitas de Pollo BBQ'  (Buffalo wings, Colombian style), plus Calentao and Picadas and Fritanga on the weekend, dishes I don't recall seeing before at a Colombian restaurant. .  Though the signs and the menu both indicate they're open for business 7 days a week, when I went by on a Sunday it was locked up tight.

Amongst the myriad of signs in the window also are small signs in English and Spanish announcing that the business is for sale.  I may have discovered the place too late.
Posted by Bruce at 10:18 AM No comments: