...opening new locations, that is.

A new store at 7903 Beechnut, just off 59, has been open for several weeks now.  It's larger than the existing store four miles away at 59 and Wilcrest in a Valero station, with room for a few tables for dine-in instead of just a shelf around the window.  It's very convenient to HBU and Memorial Hermann SW and all the associated clinics and doctor's offices.

THIS LOCATION HAS BECOME A CATFISH STATION, REPORTED ON ELSEWHERE ON THIS BLOG. 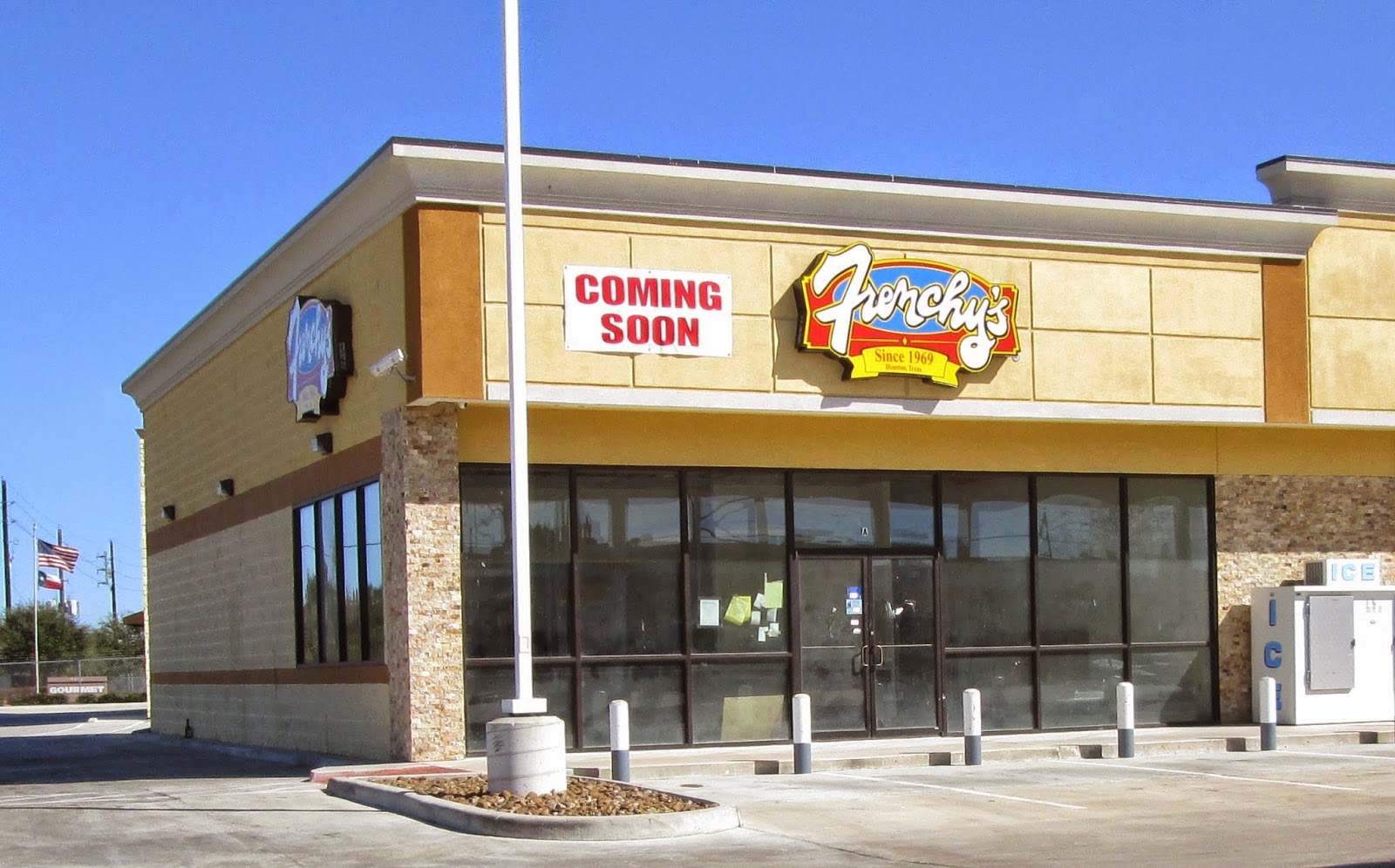 And then there's this, just one mile on my trusty odometer from the Wilcrest store, in a Shell station on the Beltway 8 frontage road at W. Bellfort.

THIS LOCATION HAS BECOME WALLA-BEES - THE STING IS IN THE WINGS.

Too soon to tell if there will be room for tables here but I'd guess so.

None of 'em, dang it, have drive-throughs for lazy bones like me.

I'm also keeping my eye on Arny's Bakery, 'Coming soon' to a strip center on S. Gessner at Bissonnet.  Hard to tell how much progress they're making since the windows are completely papered over but the business has gone up on the strip center signboard at the corner.

UPDATE:  Arny's is now open; it's a Filipino bakery offering pandesal, bibinka, mamon, ensaymada and more, not to mention kolaches.
Posted by Bruce at 1:38 PM