UPDATE 5/7/17:  This restaurant is now known as Tayeb Mandi and Mediterranean Grill.  The menu has changed considerably.

The official name is House of Mandi Mediterranean Restaurant but the food is Yemeni and the dishes are probably not what most people think of when they think of Mediterranean cuisine.  This is Houston's third Yemeni restaurant.  Isn't that an amazing statement to be able to make?  Ok, so the two previous ones didn't last.  There was the short-lived Yemeni Cafe on Beechnut and the likewise short-lived Mandi Halal restaurant that took over East Africa and Middle East Restaurant and served Yemeni and Somali food.  I went to the Yemeni Cafe just once before it closed but never got around to going to Mandi Halal. 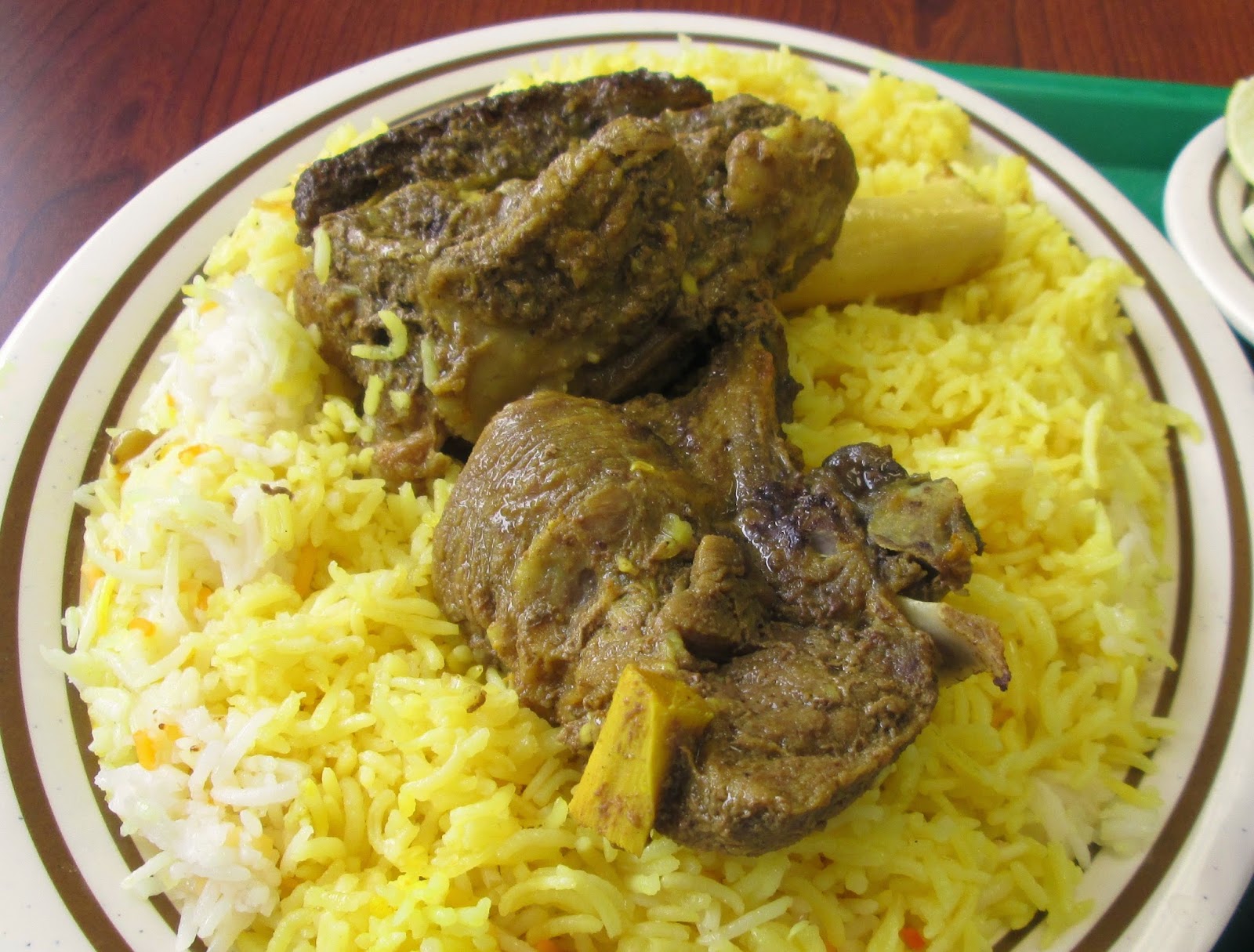 On my first visit I had one of the namesake dishes, Mandi Lamb.  As tender as if it had been braised this is actually roasted in a taboon, an oven very similar to a tandoor.  It was served on a bed of very fragrant rice. 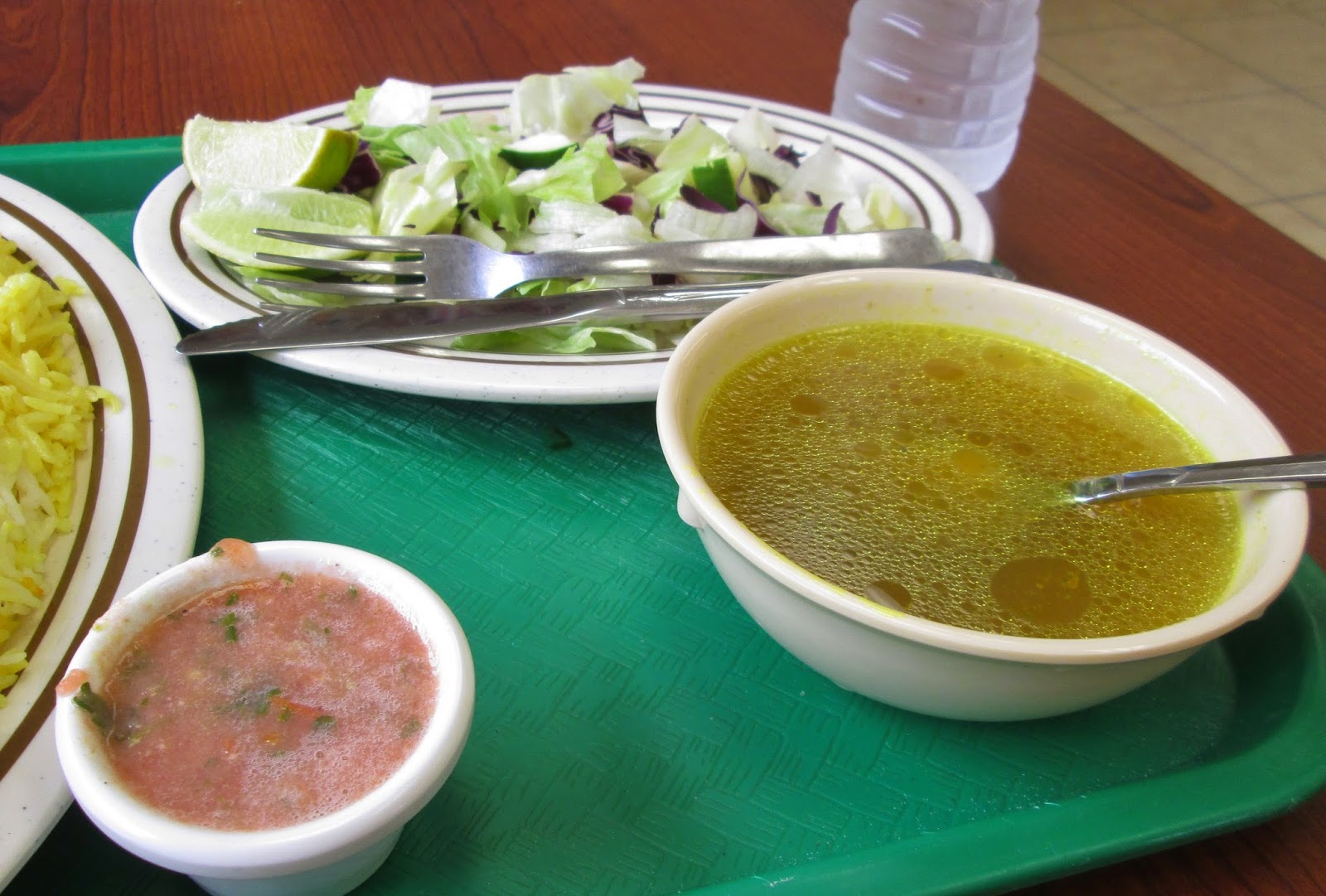 A Yemeni meal begins with lamb broth, called Maraq; there was a simple salad and a condiment called, I think, Sahawiq which is sometimes referred to as a Yemeni salsa and can be used in just about any way including for dipping pita like tortilla chips; it has no heat.  No dressing was forthcoming for the salad so I squeezed some lime over it but I learned later the lime was apparently supposed to be used on the maraq to taste.

This was a very satisfying meal.  I couldn't stop eating the lamb or the rice and I left very over-stuffed and with a very modest amount of left-overs. 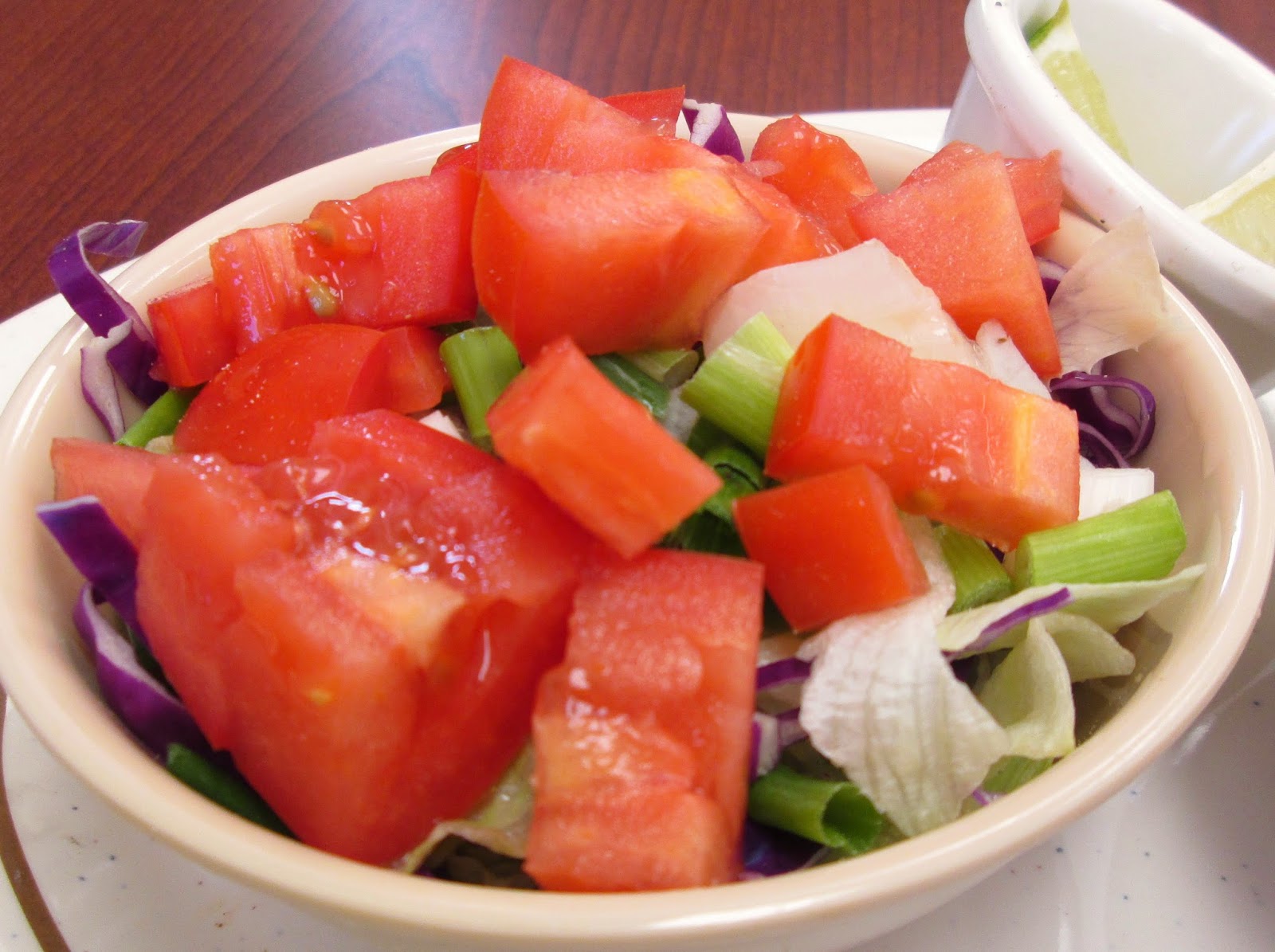 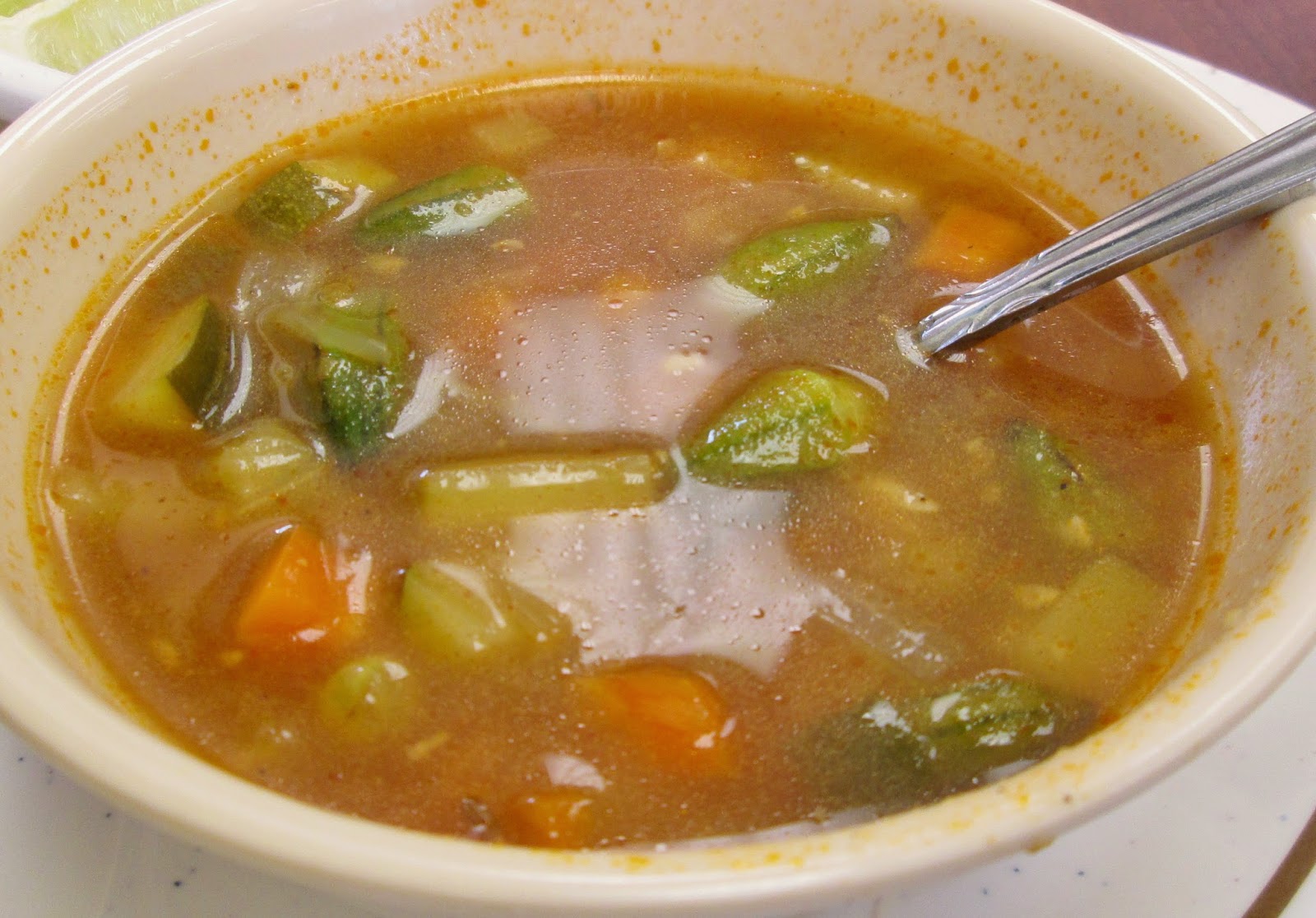 Both the salad and the maraq were more elaborate versions on my second visit and this time I got a small cup of dressing for the salad that tasted like bottled Italian.  The maraq included peas, zucchini, potatoes, tiny baby okra no bigger than the tip of your little finger, carrots, onion, and maybe a couple of others I've forgotten.  It was good but I confess I found the simple broth more satisfying. 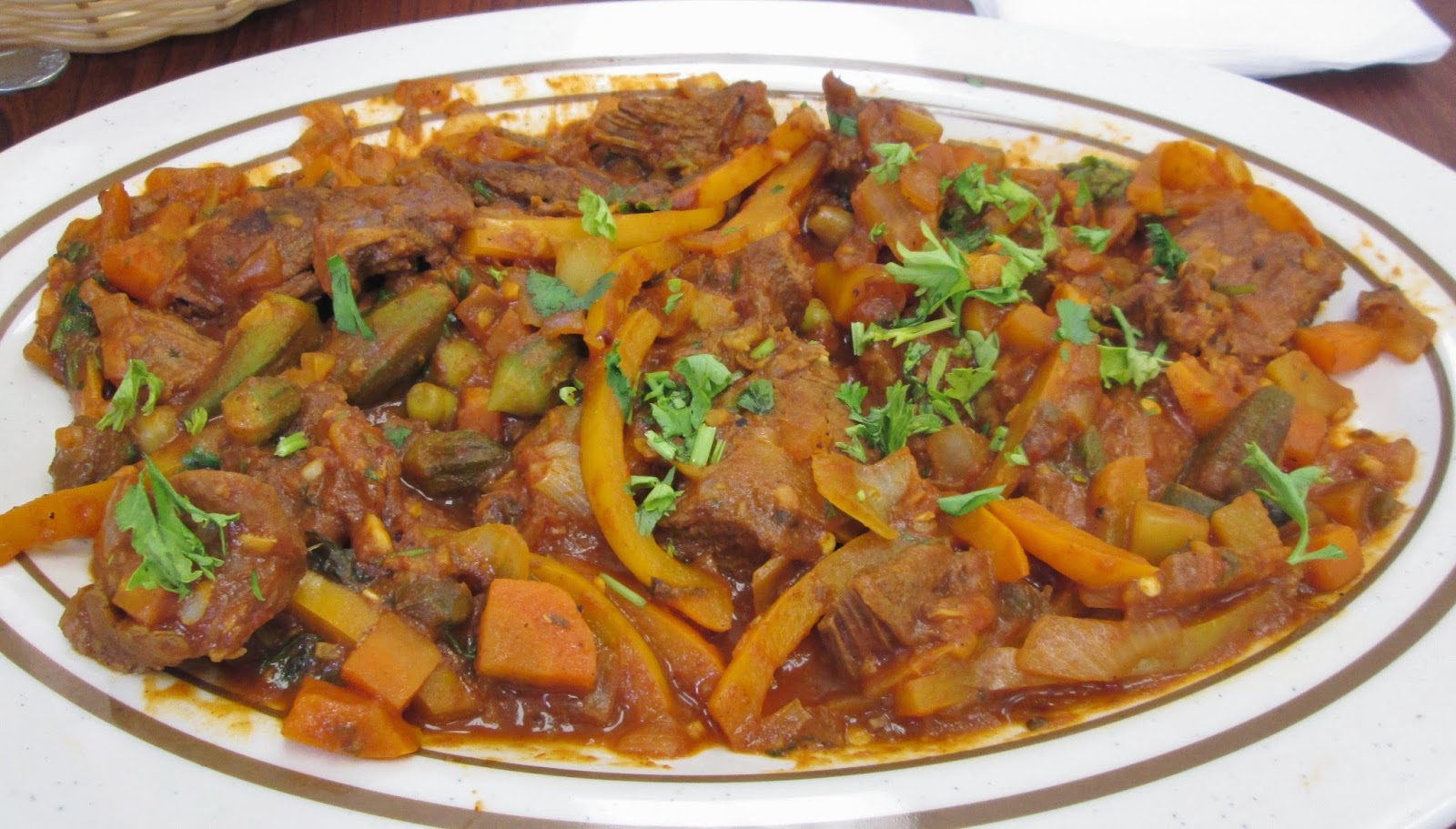 Plus, the simple broth would have left a little bit more tummy room for my main, one of the 'Special' dishes listed on the menu, Lamb Agada (short 'a' sounds in all three syllables, emphasis on the first syllable).  Described as a stew in discussions online, this is tender chunks of lamb in a tomato and tomato paste base with all the vegetables in the maraq appearing plus strips of golden bell pepper and parsley for garnish.   I thought the tomato tended to overwhelm all the other flavors too much but once again I ate way too much.

Fresh pita from the taboon and Yemeni spiced milk tea are free accompaniments to each meal as I understand it.  You help yourself to the tea, adding as much milk as you like.  There is sugar available but be advised the tea is already sweetened.

The menu isn't large but is more extensive than Yemeni Cafe had; the room, while not posh by any means, is nicer than either of the other two places and is very clean and well-lit.  I had been told by the proprietors of both Yemeni Cafe and East Africa Restaurant that Houston's small contingent of ex-pats from the Gulf States lives south of the Medical Center and doesn't go out in public much; perhaps this restaurant will have greater staying power since it's much closer to its customer base.  It's not in a part of town most Houstonians would think of as a destination for dining but it's worth a trip to try it out.  The staff have been very welcoming and helpful.

The menu has been posted on Urbanspoon and there are a couple of reviews on Yelp, one of which convinces me I need to go back to try some Kabsa.  Breakfast is available until 12 N or 12:30 pm and I'm going to be going back to check out the Foul and perhaps some of the other dishes; I think the 'Lam Leaver' may refer to Lamb Liver.