I was watching carefully for this one to open and it's been open almost a month now.  I went in by the end of the first week and the place was already packed for evening service.

This is the new place by the owner of the short-lived but acclaimed Mexican steak house La Casa del Caballo in Montrose.  The menu is beef-centric and includes the 4 pound plus Tapa de Lomo rib-eye cap for $190 but the former eatery was famous for it's enchiladas, too, and that's what drew me in. 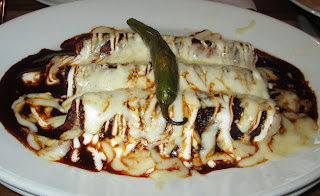 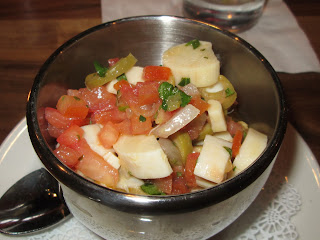 I had the Enchiladas Saltillo, 3 chicken enchiladas in a sauce made from 5 kinds of chiles, with chihuahua cheese and sesame seeds.  I also had the Hearts of Palm Ceviche with tomatoes, onions, cilantro, lime juice and olives, with hearts of palm substituting for any seafood and looking just like scallops.  Service was virtually flawless, remarkable for a new eatery.

This is not the type of Mexican restaurant where you get a huge basket of chips and salsa.  There are four salsas brought to the table to use as you wish and they are meant to be used more as garnishes or relishes than as dips, though you can get a small saucer of warm, thick chips by asking for it.  I passed on the chips but some were brought to my table anyway; I wasn't charged for them.  The salsas range from a mild tomatillo salsa verde to a tomato and red jalapeno based one with a little more heat, then a minced red onion and habanero with lime and orange juices and olive oil, and at the most intense end of the scale, one made with green papaya and habanero.  The servers were explaining the salsas to each table.

Judging by the crowd I experienced, I'd say Bellaire is ready for this kind of upscale Mexican place and it's certainly a very welcome addition to my grazing grounds.

This is a new family-style neighborhood eatery across from the Southwest Houston Police Station on Beechnut.  It's a very welcoming modern space with a patio on the back side, away from the traffic on Beechnut.  When I went in there were lots of families with small children and a few tables with older couples. 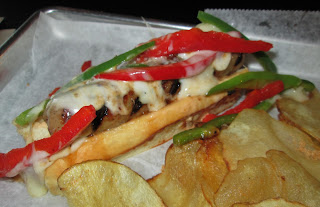 I had the Bratwurst on a Housemade French Roll with housemade chips.  The online menu describes this as thin sliced turkey pastrami for some reason.

I didn't get a good look at any of the other menu items except the 1/3 pound burgers which were obviously a popular choice; they looked pretty good.


Suzie's Grill, the kosher (meat) restaurant that has operated out of a tiny space in a Chevron station at Beechnut and Hillcroft for the past few years, has closed.  The website indicates the menu is available at the new kosher steakhouse Genesis on Bissonnet at Chimney Rock, in the same strip center with Saltillo.


WHAT THE FUTURE HOLDS 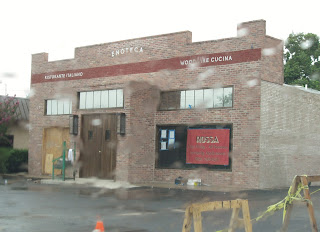 The former much-loved Daniel Wong's Kitchen, which has been closed for over a year now, is about to open as an Italian restaurant with wood-fired kitchen.  The building is hardly recognizable.  A banner announcing they're hiring staff has gone up so the opening must be soon.

(The picture was taken through the windshield on a rainy day). 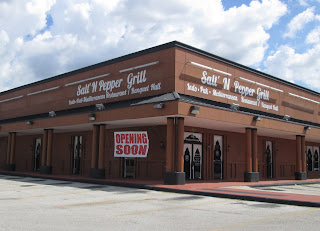 The banner indicates it's opening soon.  A url given in a sign on the front door leads nowhere and I have not been able to find anything for this online except a white pages listing but will add a link when one becomes available.

EDIT TO ADD:  A "NOW OPEN" BANNER HAS GONE UP.  THERE IS ALSO A BANNER PROCLAIMING "#1 RATED BBQ IN TOWN."

SALT' N PEPPER GRILL HAS COME AND GONE.  ALONG THE WAY, SNP HOOKAH LOUNGE WAS OPENED NEXT DOOR.  NOW THE BUSINESS IS NAMED GHUNGROO GRILL AND HOOKAH LOUNGE.  A GHUNGROO IS A MUSICAL ANKLET (BELLS) WORN BY TRADITIONAL INDIAN DANCERS. 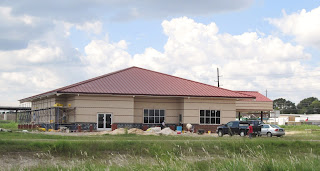 The exterior cladding is all but complete but the weeds have gotten so tall I couldn't get a decent picture from the front.  These pictures, from a blog on the northwest side, appear to me to be more pictures of this one. 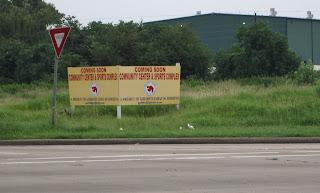 There hasn't been anything going on at the future site of this sports complex, unfortunately, but someday no doubt.

And just what are these items about cultural centers doing on a blog that's supposed to be about food?  I keep hoping that all of these cultural institutions will spur some sort of restaurant activity in the immediate vicinity.  Of course the Raindrop Center, Istanbul Conference Center and India House, all along this same stretch of West Bellfort, haven't had any such consequences but I can still dream.  Maybe a food court with stalls from each -- or a couple of food trucks?????
Posted by Bruce at 3:50 PM No comments: 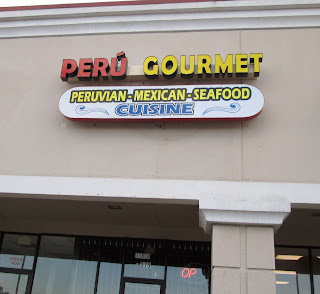 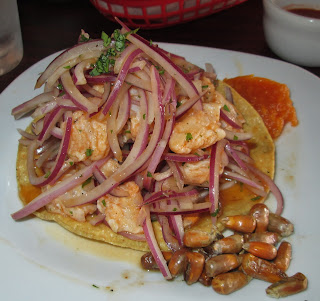 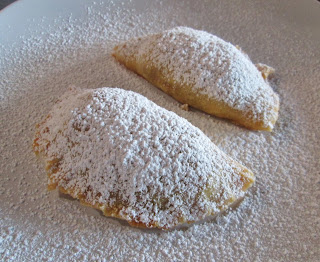 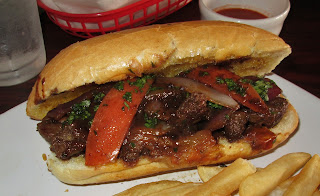